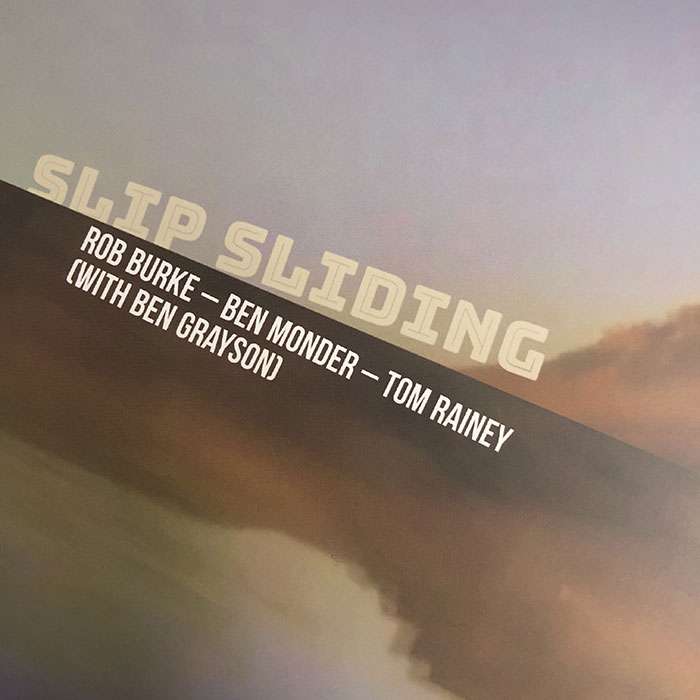 Slip Sliding takes the listener on musical ride aiming to evoke emotions and discussion about what is good, bad, different, indifferent, familiar, unfamiliar, beauty and the unexplainable.

This experimental project includes compositions by Rob Burke and group improvisations that are intensely expressive. This performance traverses’ composition and improvisation with an underlying investigation into distortion. ‘Check out’ Ben Monder’s use of varied and dense distortion and how Rob Burke interacts with his manipulation of harmonics in the sound; ideas that are infused with the unique creativity of Tom Rainey. The distortion is further manifested with the post-editing of Ben Grayson: adding sounds and changing the soundscape of many of the tracks.

Recorded in Brooklyn, New York and mixed in Italy, Slip Sliding is a daring, instinctive and organic performance by four renowned musicians.

Recorded in Brooklyn, New York and mixed in Italy, Slip Sliding is a daring, instinctive and organic performance by four renowned musicians. 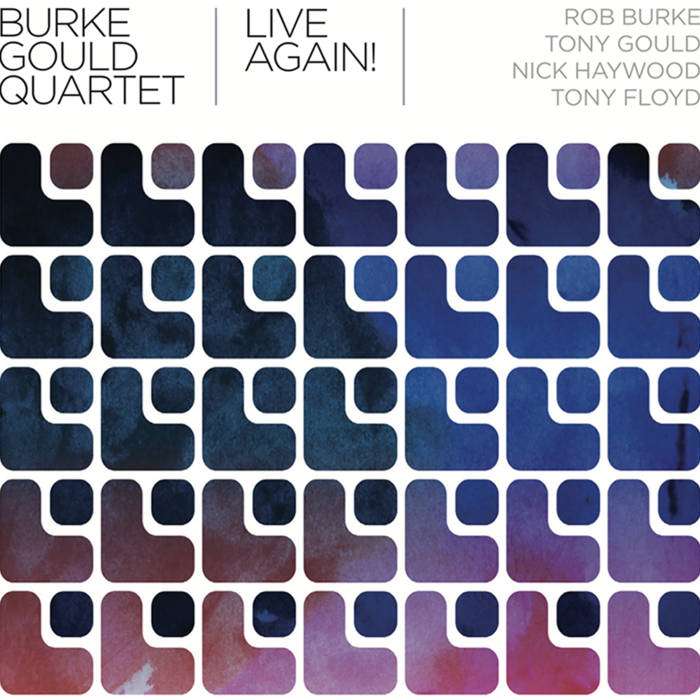 The Burke-Gould Quartet with Nick Haywood and Tony Floyd has been a constant in the Australian music scene since the mid 1990s with almost 25 years of playing together as an ensemble nationally and internationally.

This longitudinal approach to music-making has allowed the ensemble a deep understanding of interaction: not just reacting to the moment but making musical choices based on knowing and understanding the character and identity of each player. The musical in the moment choices made are based on trust that has developed over these 25 years. Trust, that allows each musician to play with belief and freedom to create that ephemeral moment that is so important in improvised jazz. 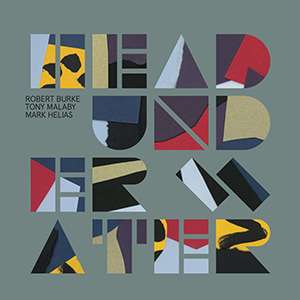 HEAD UNDER WATER takes the listener on an immersive journey. Tony Malaby, Robert Burke and Mark Helias bring to each track their own identity, experiences, expertise and egos. The musical decisions made by the ensemble in the moment of recording are central to the improvised interaction and the outcome.

Tony Malaby searches for ‘the big idea’, Robert Burke and Mark Helias choose whether to match ideas or develop, introduce something new, play or not to play, to take a conciliatory or an oppositional position… to question. The resulting aural narrative demands that the audience let the music surround and flow over them—to actively listen to the interplay in each track, and engage with the intuitive emotions evoked. Recorded in Brooklyn, New York and mixed in Italy, HEAD UNDER WATER is a daring, instinctive and organic performance by three renowned jazz musicians. 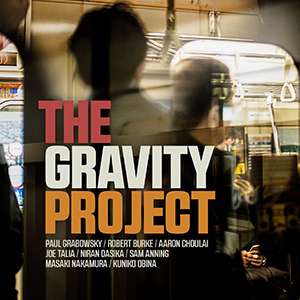 The Gravity Project, led by Paul Grabowsky, (+ Rob Burke) is a nine-piece ensemble presenting a contemporary cultural prism of musical experimentation in composition and improvisation.

Artistically, the overarching aim for The Gravity Project is to create a transcultural musical dialogue through a carefully structured collaboration of Japanese musicians (who are leaders in the performance of traditional Japanese music and a rapper), performing with Australian improvising and electronic focused musicians playing original music of the now. 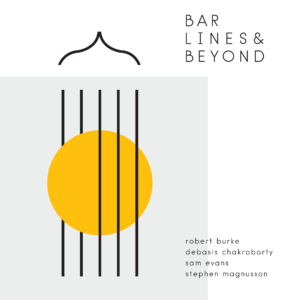 BUY NOW
The new CD release, Barlines and Beyond explore the intersection of Western-style improvisation and Indian Classical music, developing a working model for cross-cultural ensemble collaboration. The members of the ensemble come from Australia and India with musical expertise in traditional Indian music and a Western jazz/improvised sensibility which includes all original compositions.

Rob Burke and Stephen Magnusson composed compositions for improvisation over Indian modes, (which were superimposed with diatonic and pantonal harmonic approaches). Debasis Chackroborty performed within his parameters of expertise (modal) and creativity but was open to integrating the jazz approach of the Stephen and Rob. In a sense, each musician brought their own tradition to the music and adapted their expertise and creativity to the overall sonic environment and musical outcome. 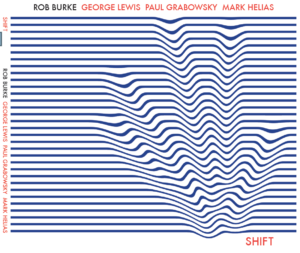 BUY NOW
This musical collaboration originated with four improvising musicians meeting in a New York recording studio in the Lower East Village – to play – without a pre-composed composition; just belief, expertise and creativity. The cornerstone of the composition is the bringing together of musicians that come from a jazz sensibility but improvising music that is very much music of the 21 century; more specifically the improvising musician and machine. The machine, operated by George Lewis, creates its own ‘voice’ through ‘in the moment’ improvisations that enhance and multiply or as George promulgates ‘shapeshifts’. Improvisations include experimentation, taking positions, trust, choice, agency, creativity, determinacy and indeterminacy.

Further, this project is about innovation through the agency of human and mechanical interaction; the understanding of how the musician interacts with the machine is an area of interest that is relevant to twenty-first century as it allows the creation of greater possibilities, greater opportunities and ultimately freedom to express (Rob Burke). 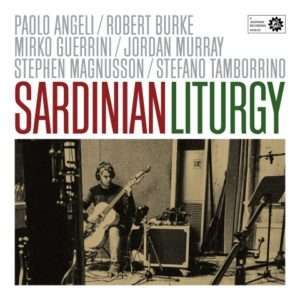 BUY NOW
Canto a tenore, a traditional Sardinian folk music can take a bit of getting used to: it’s like a polyphonic throat singing barbershop quartet. Sometimes the songs are as old as the island’s hills, other times the songs are spontaneous comments on what’s happening right here and now.

This is the music that Paolo Angeli grew up with, and at first blush it would not seem to intersect with modern jazz. But Angeli is a musician who is not averse to pushing down barriers between genres and styles. Here is a musician, who when the normal six stringed guitar proved inadequate for his ideas, built one with 18 strings (six normal, eight transverse, and four suspended) incorporating hammers, pedals, motors and pick ups. Rob Burke (coordinator of jazz and popular music at Monash University) initiated and led a project to combine Angeli with three Australian jazz musicians and an Italian rhythm section, all of whom share a jazz sensibility and an openness to ideas and a passion for creativity, put them in a studio and press the record button.

Recorded in December 2015 in the small but beautiful Tuscan town of Prato, the group used traditional Sardinian tunes as a base to experiment, improvise and collaboratively create new music that shimmers into unexpected and innovative directions. Some of the pieces are short, simple fragments of ideas, while others are complex and developed exploration of what’s possible, and all of it is unified by a sense of healing, a ritualistic, almost liturgical elevation of the soul, the music of a new generation of (pardon the pun) angels. 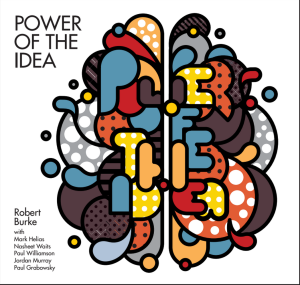 The concept of the album was based on original compositions that informed free improvisation. The overarching theme being the ‘power of the idea’ with spontaneous improvisations that were perceived to be genuinely ‘in the moment’ as distinct from pre-conceived material. 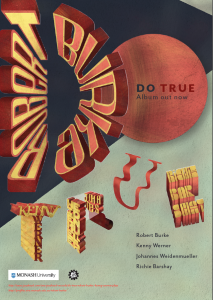 BUY NOW
Do True with Robert Burke and Kenny Werner, came to fruition with the help of Dave Schroeder (director of Jazz at NYU). It was Schroeder who organised the recording and introduced Burke to brilliant New York jazz pianist Kenny Werner.

Discussions regarding the rhythm section that would be needed for the recording led to Werner suggesting musicians that he had a strong rapport with: Johannes Weidenmueller and Richie Barshay – an empathy that is evident in this recording.

The repertoire selected is a combination of Kenny Werner, Robert Burke and a beautiful tune by Paul Grabowsky. 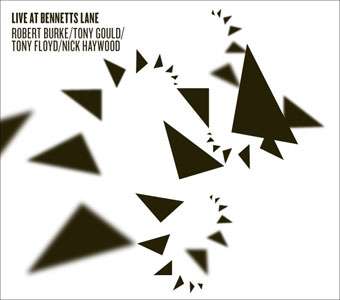 With the breadth of experience and long-standing connection being what it is, the quartet set their live performances alight. Now, recorded live for the first time, that flow and creativity which lifts this quartet above the rest, is captured in this expansive six-track recording.

The selection of tracks was guided by the creativity within the performances of the group and features compositions by Rodgers and Hart and Cole Porter alongside compositions by the Quartet.

Live at Bennetts Lane perfectly captures their definite live ensemble sound at its best, live on the bandstand. 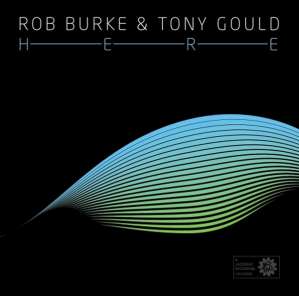 BUY NOW
Rob Burke (Sax) and Tony Gould (Piano) first recorded in the duet format in ‘96 (Gateway) followed by A Tin Roof For The Rain in ’99. They have also been performing regularly, for the last 15 years, together as a Quartet with Tony Floyd (Drums) and Nick Haywood (Bass). During this time the pair has created a steadfast foundation of musical understanding and expression.

The performance outcome of this musical relationship is the blend of a flexibility of ideas and which only time can nurture. Burke and Gould have spent much time debating technical aspects, styles and musical concepts of their new release “Here”; where every note has its own reason for existing.

We hope you enjoy the beauty of sound that lies within HERE. 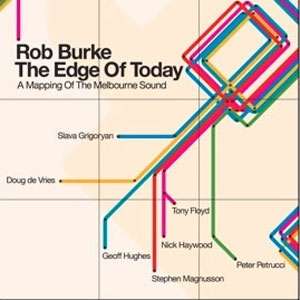 BUY NOW
The Edge Of Today aims to identify a sample of the jazz scene by mapping out the differing styles of jazz featuring five of Australia’s leading guitarists. With mainly original tracks this CD demonstrates the artistic, social and cultural diversity of each player. 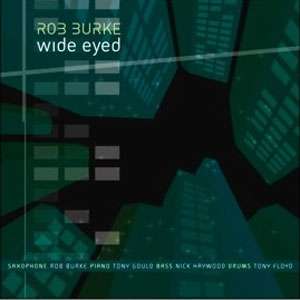 BUY NOW
Robert Burke has been playing with members of this group for over 20 years, resulting in a strong musical understanding within the ensemble. The style of jazz (originals and jazz standards) is a result of influences from their own cultural and social “backyard” to produce an innovative and importantly, an Australian style of improvised music.

Tony Gould sets the scene which allows the rest of the group to create compositions that exemplify the melodic quality of Rob Burke on saxophones and alto clarinet, Tony Floyd’s drums and Nick Haywood’s bass.

‘This is music I love to play with my friends because of their honesty and their freedom to create music. Importantly, this CD is about a group of musicians expressing their collective emotions and ideas at the moment of performance. Our goals do not include preconceived agendas and formulas, just spontaneity and simply – improvisation.’ Rob Burke 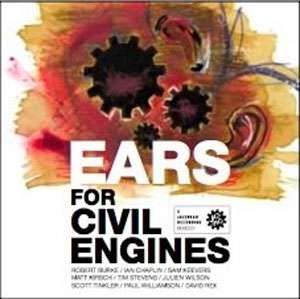 BUY NOW
The debut release for Jazzhead, Ears For Civil Engines, has been re-mastered and re-released. This collection of 13 original tunes by Australian jazz luminaries includes outstanding individual and ensemble playing. This set has everything: cutting-edge modern jazz, cool jazz, bebop, swinging blues and piano based mood pieces. 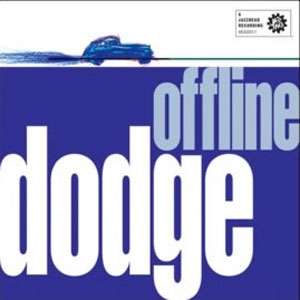 There are no bittersweet chord clusters and no “look at me playing”. Just the soul of Rob Burke’s sax and Russell Smith’s trumpet and trombone, mixed with Tony Floyd’s savage backbeat all woven together with Nick Haywood’s bass lines. Offline not only feels good but is good for you. 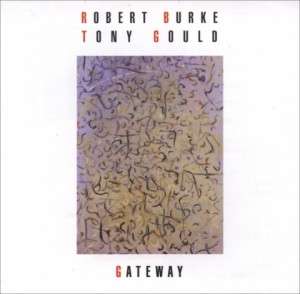 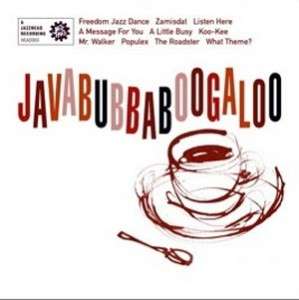 Javabubbaboogaloo showcases the talent of some of the best of the growing Melbourne scene’s hottest players in a mix-and-match line up that keeps your fingers snapping and your toes tapping with jazz grooves. 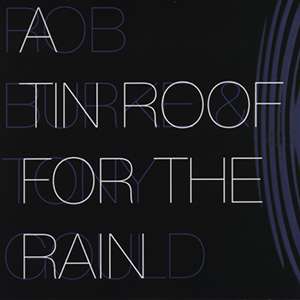 BUY NOW
The pieces on this recording represent the playing and compositions of musicians at a particular point in time, for beyond the introduction of themes the music is spontaneous, in keeping with the African-American tradition.

By its very nature, it is music of the moment. Why record at all then? Well, it’s fun to do, it’s a great learning experience, it is a historical record which helps us to understand where we came from, where we are now and possibly where we are going. There is also the possibility that listeners are as distinct from players may want to enjoy the experience more than once!

The pieces were chosen for their melodic and harmonic material and thus their potential for variation and ins some cases development. They come from a diversity of minds and styles, from the talented young pianist/composer Tim Stevens who is rich with musical languages, to Leonard Bernstein’s marvellous “Somewhere”, to pieces by Rob and myself.

The title of the CD comes from the late John Sangster who once wrote in a memorable letter. “G’day luv, have just bought meself a little Queenslander with a tin roof for the rain…” His ingenious turns of phrase were like his playing, full of surprises and quirks yet always beautiful and humanly musical. I hope some of this attitude can be heard here.